WARNING: Prolonged use of this product may result in an increased understanding of ski technique, more fun... and an increased ability to impress your friends! 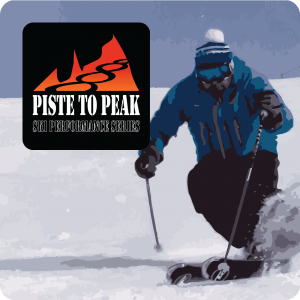 Foundation for The Piste to Peak Ski Technique Series 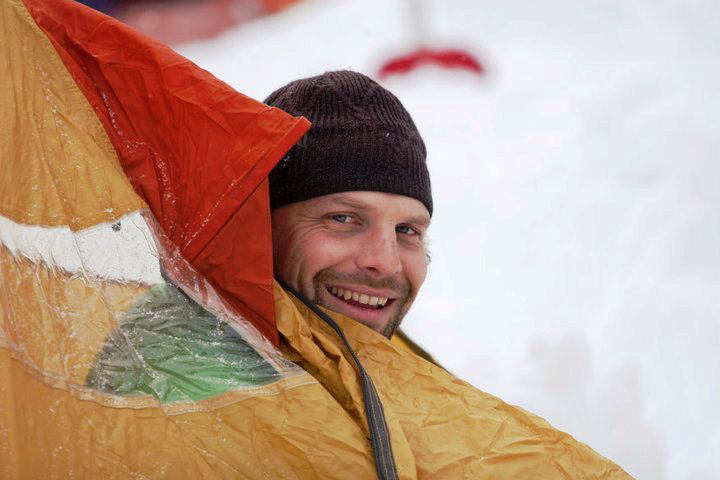 Tobin Leopkey took his first ski instructor course in 1992 at the age of 16. Now slightly creakier in his 40's he is still passionate about teaching people to slide down a snowy hill. He is a Canadian Ski Instructors Alliance (CSIA)  certified a Level 4 instructor and former member of the CSIA High Performance Team. Having taught at many resorts along the way, Tobin is currently owner and head coach of Section 8 Snowsport Institute, where he runs ski instructor courses, mountain leadership programs and all mountain ski technique camps around the world.

What's Are People Saying About Piste to Peak #1

"I would like to take this opportunity to let you know how impressed I am with your "Piste to Peak" DVD.  As a lowly CSIA level 1 ski instructor, I suppose you could say I'm a "ski technique geek" and have an impressive collection of books, DVDs etc on the finer points of ski technique.  Your DVD pretty much blows everything else I've got out of the water. Keep up the good work."

"I am currently a full time ski instructor at Sunshine Village and I am training for my CSIA level 4. I was really impressed with this video! The skiing is fantastic and Tobin is able to take a lot of technical information and present it in a fun and simple way. All the information is in line with current CSIA technique and methodology. I would highly recommend this video to any skier who wants to improve and understand skiing. It is also a great resource for instructors at all levels. Thanks Section 8!"

"Just wanted to thank you for your great Piste to Peak volume 1 videos. I've been a recreational skier for quite a long time and your videos combined with a couple of short private lessons have radically improved my skiing in this season. Your videos provided me with the theoretical knowledge which made my private lesson time many multiples more effective. I have your videos on my iPad and watch them whenever I feel like short refresher or just to watch you ski.

Can’t join you guys in person this year, but I’d definitely like to try and join in on one of your ski camps next season!

Thanks again for the great videos and virtual lessons! When’s volume 2 coming out;-) Cheers?

"It was one of the best ski videos I have ever seen. It was certainly the best ski "instruction" video. It's serious and theoretical but funny too. I especially think the trouble shooting section is very helpful for many people."

Just wanted to let you know that I am finding your videos very helpful. Not only do they remind me of the important concepts covered in the sessions I took with you, but also remind me of the terminology used in the CSIA program.
Physics is not my thing so I appreciate your very clear explanations, on snow and off snow. Great analogies! (E.g., soccer goalie stance, running down the stairs . . .) And lots of humour interspersed 🙂 I also like the accompanying music a lot.

I know I'll continue watching these videos repeatedly as I prepare for Level 3. I especially like the troubleshooting video. Those demos of the various and typical problems were really well done. I appreciate seeing that there are many ways to approach those issues. I'll be sure to recommend your videos to my fellow instructors!
Hope that our paths cross again!"

"We have just watched the videos. They're absolutely excellent. Your presentation is fantastic and makes it all really simple and understandable. I am unashamedly going to be stealing some of your ideas. Now they're up and running I'm going to be pushing my friends into ordering it."

"Your videos are fun to watch because you have minimized the talking and maximized the demonstration.  They are not over theorized which is a weakness of many ski instruction videos.  Where you do speak you explain things in a very simple and easy to understand way, supporting what you say with some pictures and immediate demonstration.  I think this is what most people interested in such videos are looking for. Any passionate skier will enjoy them thoroughly."

I would like to thank you for the Piste to Peak video volume 1, which helped me getting a lot better skier in only 1-2 seasons, after being stuck on the same level for a decade. I wish to give you and all the interested people a feedback, what exercises I did and what development I experienced.

If I should name only one thing, that is the most important one, that would be the fore aft balance. I did not really realize (until I watched P2P1), that I was having the weight either too much in front, or too much in the back. I could not jump while skiing not only on the smallest bump, as I was afraid of getting out of balance. So firstly I concentrated on having the balance on the highest point of my arch (as you advise to do), and not too much on the toes or the heel. This alone did miracles, as I noticed, that the skies do what I was intending with nearly no effort. The exercise with the two wood plates on top of each other is a great one and I really exercised a lot and recommend to everybody, a great exercise in preparation. I can tell from my own experience that with this simple drill, which I did several weeks long at home before the ski holiday boosted my movement patterns enormously. I could maintain a lot better the fore-aft balance in more difficult situations and was able to make smaller and then gradually bigger jumps without getting out of balance.

The next thing I realized (by watching P2P1), that I maintain the balance with moving the body (mostly upper body) from the ankles, like you show it in the 3rd chapter around 8:55. ? this was slow and I was losing a lot of energy. By concentrating to move my feet and not the whole body, and exercising the dolphin movement helped a lot, my movement patterns started the change and I ski now with a lot less effort than before, and am able to adapt to unforeseen situations much quicker.

The thing I need to work on in the future is the C shape in the body while turning and the development of bigger angles between the skis and the show. I did not ever realise that I need to improve in this area, until I did not see P2P1.

There are a lot more small things I learned and drills I do to exercise or just to check if I do everything correctly. For example: to jump up between the turns (to check if the fore-aft balance is fine), of the chattering skis mean the pressure is too high and I need to turn progressively, and not too much pressure too quickly, or the flexing and extension movements with the flexed position between the turns (chapter 5 around 16:15), which helped me to be able to turn faster (more turns per unit of time), also a great exercise. 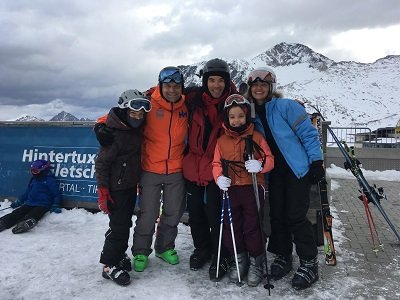 Beside of all of these maybe the biggest thing is, that we watch a lot your P2P videos with my children, and only by watching the correct movement of skiing we get better and the "try to … as Tobin does” is an often used sentence in my family when speaking about skiing.

Available in Your SkierLab Membership Portal