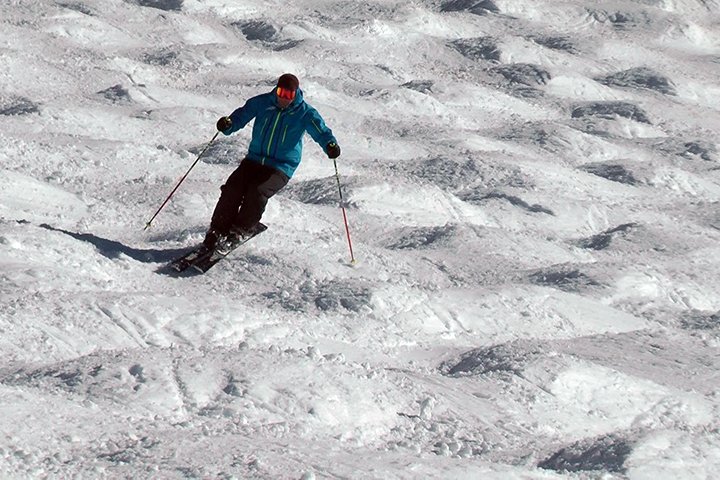 Why you can’t get a straight answer!

There seems to be all sorts of confusion about how wide your stance should be ever since the shaped ski revolution in the mid-nineties. I’m often accussed of having ‘a narrow stance’ myself, and I’m constantly bombarded with questions about it, so I think it’s time to clear it up once and for all.

Stance width should really go under the category of “lateral balance” (An extremely important aspect of skiing that I have yet to explain… but in the interest of not putting you to sleep, I will let the detailed explanation of it fester in my mind for another article.)
I frequently hear new instructors telling their students to “widen your stance!” Sometimes it’s good advice. but often I’m dumbfounded as to why? Is it just for the hell of it?

Well here’s the real story… there is no official ideal stance width. Like most aspects of skiing one size does not fit all.
First of all, think about a pyramid. They have a wide base of support so it’s very unlikely one will fall over any time soon. That’s because the wide base of support and comparatively low center of mass gives it stability. Now think of the Leaning Tower of Pisa… tall and skinny right? Which one would you expect to topple over first? The narrower base of support and comparatively higher center of mass make it quite obviously much less stable.

Now how does this all relate to skiing?
Wider means more stable… more stable means less falling over… wide must be better right? Well not necessarily. If you’re a beginner your balance probably isn’t very refined, so in that case stability is a good thing (this is the real reason we teach a wedge to beginners). If you’re going really fast stability is likely a good thing there too, which is why a downhill racer usually has a wide stance.
A narrow stance on the other hand is quicker and much more agile so when you see an expert doing short turns or a mogul skier on the world cup, they tend to have a narrower stance. As a skier learns better lateral balance they will be able to make the adjustment to this narrower stance easier.

There are other advantages too. In powder it is easier to create a platform under your skis with your feet closer together and because in the bumps you need to deal with all sorts of variation in terrain, it means that both feet can do the same thing at the same time instead of two different complex movements.

So now you’re probably thinking “sweet, I’m not a beginner, nor a downhill racer… I can just glue my feet together and go back to my 1970’s wiggle.” Well as stylish as this may be, it’s going a bit far, and this is when those nagging instructors have it right. If your stance gets too narrow, it’s difficult to move both legs independently which makes turning with the lower body next to impossible. This leads to a plethora of other problems. Feet locked together can also limit lateral leg movement so it is tricky to edge the skis in hard snow.

For all-mountain skiing, the trick is being able to adjust to the situation. Everybody is different so find a nice stance that’s comfortable for you. It varies somewhat with body type but a good place to start is usually between hip and shoulder width apart, then go wider or narrower depending on what you run into.

Just be careful not to go so narrow that your feet and legs are locked together or so wide that you always end up balancing on the inside ski.

Below is a quick recap on what tends to work best for each situation:
Faster speed, bigger turns and harder snow = usually favors a wider stance.
Softer snow, quick short turns or moguls = tend to favor a narrower stance. 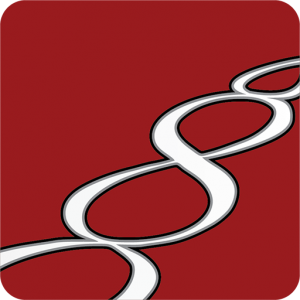